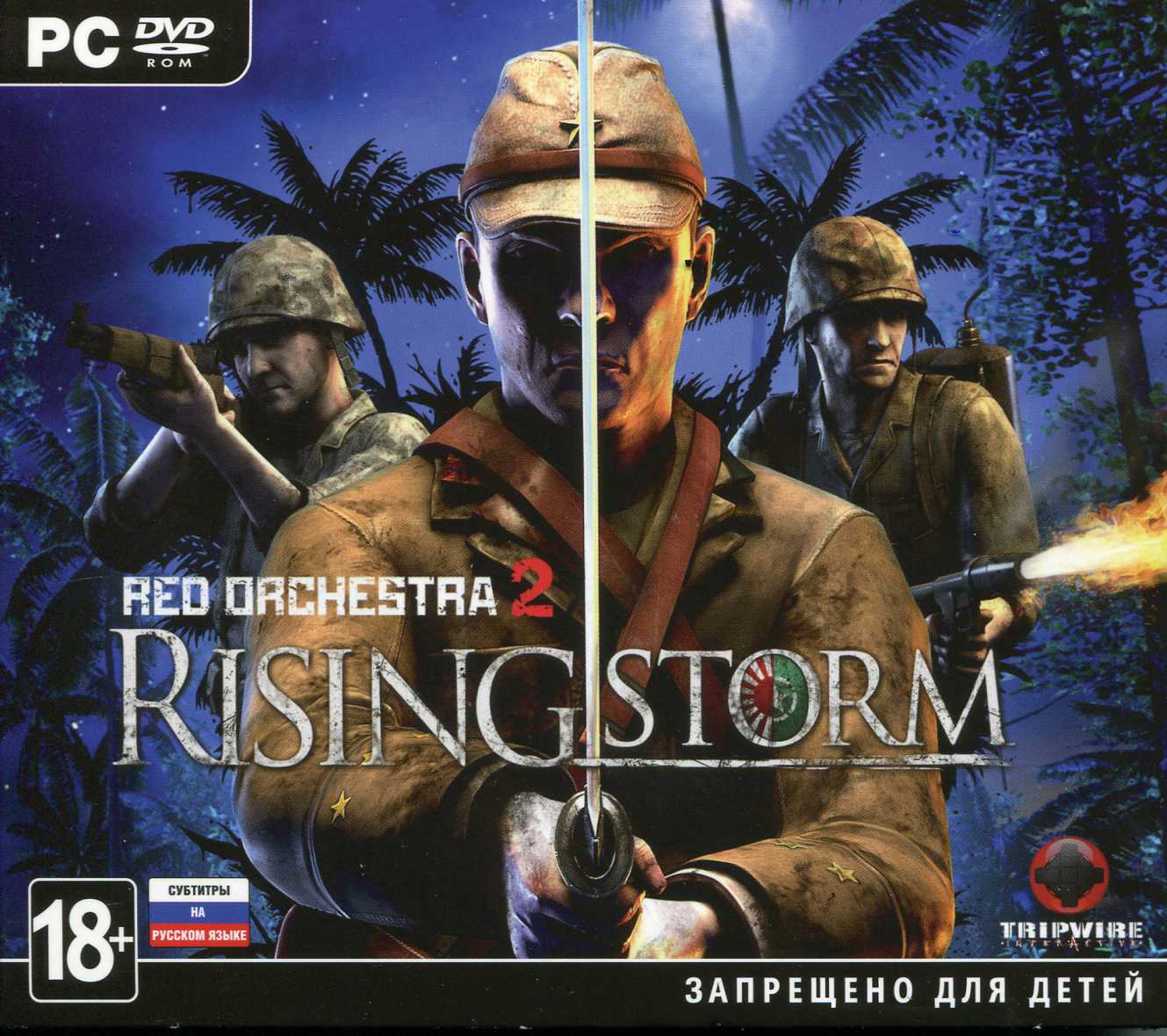 Uploaded: 24.10.2019
Content: text 17 symbols
Loyalty discount! If the total amount of your purchases from the seller SOFT-KLUB more than:
If you want to know your discount rate, please provide your email:

After payment you get a link on which you can get a license key (CD KEY) from the box with the game Red Orchestra 2: Rising Storm from the official supplier - the company "1C-SoftKlab", for activation in the system STEAM.

Continuation of the well-known series of tactical shooters Red Orchestra once again transfers to the battlefields of the Second World War. This time you will be able to take part in the hostilities that unfolded in the Pacific region in 1942-1945. Join the United States of America or join the Imperial Army of Japan. Go through the crucible of great historical battles, including the battle for Guadalcanal, for the islands of Iwo Jima and Saipan. You have to storm the coast, fight in the impenetrable jungle, participate in night outings ... And all this - in a network multiplayer mode with support for up to 64 players!

In the multiplayer tactical first-person shooter Red Orchestra 2: Rising Storm, you will experience yourself in the so-called asymmetric war, when the forces of opponents are unequal, and the weak side compensates for the imbalance with unconventional methods of combat. Soldiers of the American army use heavy firearms, capable of inflicting enormous damage. Japanese lack of firepower make up for the unprecedented courage, indomitable combat rage and non-trivial use of existing weapons. For example, from hand mortars, they can fire with direct fire, and with a closed position, and grenades turn into deadly booby traps for inattentive Yankees. In addition, almost all types of individual firearms the Japanese provide bayonets, which makes them extremely dangerous opponents in close combat.

GAME FEATURES
- Independent multiplayer shooter, which includes all the features of the multiplayer Red Orchestra 2.
- 6 new maps for bloody battles.
- More than 20 types of weapons: rifles (like the famous US Garand, M1903 Springfield and BAR, and less well-known Japanese Arisaka), pistols, machine guns, submachine guns, as well as flamethrower, hand mortar and even samurai sword - katana.
- A system of built-in hints for beginners.
- Constantly updated statistics and tracking the progress of players.
Additional Information
1. You must download and install Steam http://store.steampowered.com/ (if not already installed)
2. Register a new account on Steam or go to an existing one.
3. Go to the "My Games" section and select "Activate via Steam", enter the key.
4. The game after activation appears in the list of games and you can download it from Steam.
5. Enjoy the game.