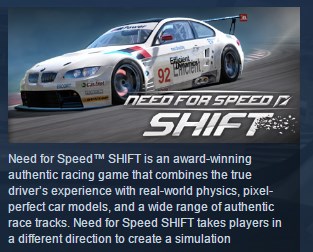 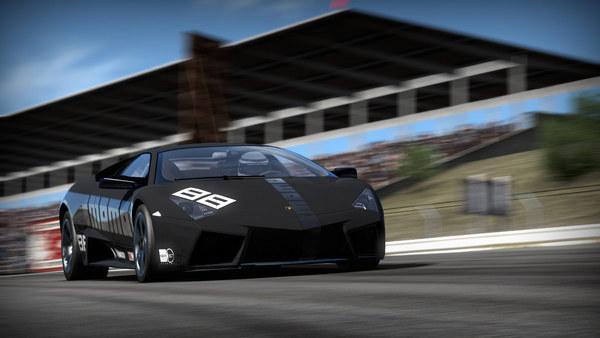 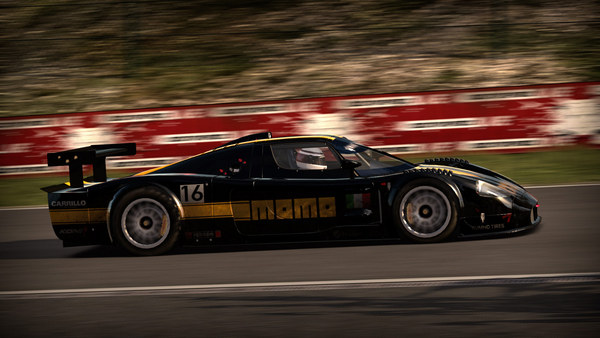 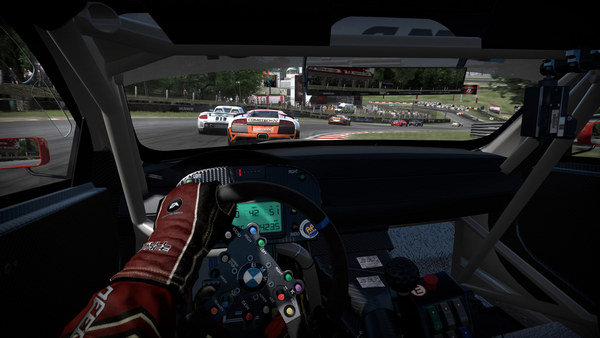 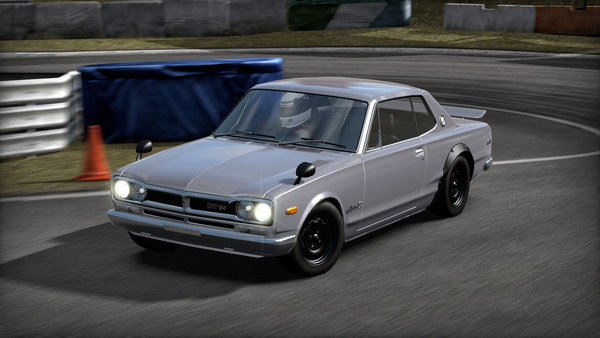 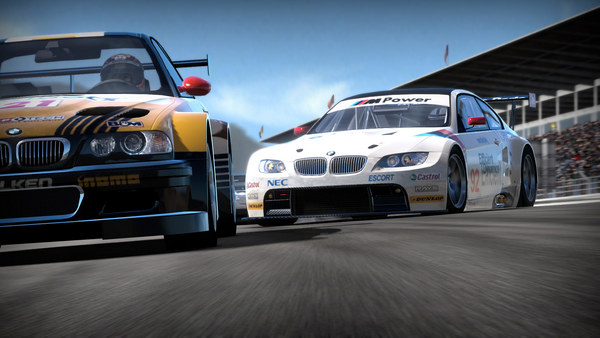 SteamMarket® information about the seller and his items
onlineAsk a question

http://store.steampowered.com/app/24870/
💎💎💎💎💎💎💎💎
You are waiting for more serious motor racing, where in the standings ignite serious passions, and cars on the track of a speed not available to any sports car on urban freeways! Need for Speed \u200b\u200bSHIFT focuses on spectacular and unprecedented realism. Here you do not just see the car and the track, but you feel every turn, every hill and every pebble under the wheel. By controlling the fireballs from the air because of the steering, you will get an unforgettable experience.

The game perfectly conveys the feeling of the driver, who rushes at great speed on a winding road. You rely a bit on the turns, throws up on the hills and relentlessly shakes, turns and shakes in the accident.

★ The screen turns into a windshield. The game is so accurately conveys the feeling of a driver that familiar surroundings disappears and the screen turns into a windshield bearing the insane speed of car. Looking at going on the driver´s eyes, you will feel the influence of inertia and gravity, as well as his own eyes see how to change the world, when the speedometer off scale. At high speed vision is fully focused on the road, and all the next items, as it were blurred.

★ Who are you? A special system keeps track of your Driver Profile evolution in the game and create your unique image of the rider. It takes into account many parameters, including driving style, the number of wins and points scored for virtuoso traveled corners and committed overtaking. Driver Profile affect career development and even on how to open up new machines.

★ Unforgettable accident. Faced with another car or a static obstacle that you really feel a party to a serious accident. Complex combination of sound and visual effects create an amazing illusion of presence. Is it easy to real racers continue to race after a collision at high speed? Now you know it yourself!

★ Comprehensive tuning! The car in your power, do with it what you want. Tuning is required for two tasks. Firstly, it allows you to get the car such behavior on the track, which you need. Secondly, he makes the car unique. You can experiment with both the appearance of the car, and with the interior decoration.

★ Realistic cars and tracks. You can sit behind the wheel of 70 vehicles, meticulously copied from the actually existing machines. Among them Pagani Zonda F, Audi RS4, and Porsche 911 GT3 RSR. Races are held both in the present tracks like Willow Springs and Laguna Seca, and on false routes, for example, in the center of London and Tokyo.

★ Collective race. In a single career in the game are a few collective modes of the network.

2. Go to your account or register a new one.

3. Next, follow the link received after purchase authorization by their Steam account and take a gift to the library or add to your inventory.

4. After activating the game appear in the library or in your inventory where you can already start to play later or activate / give to a friend.