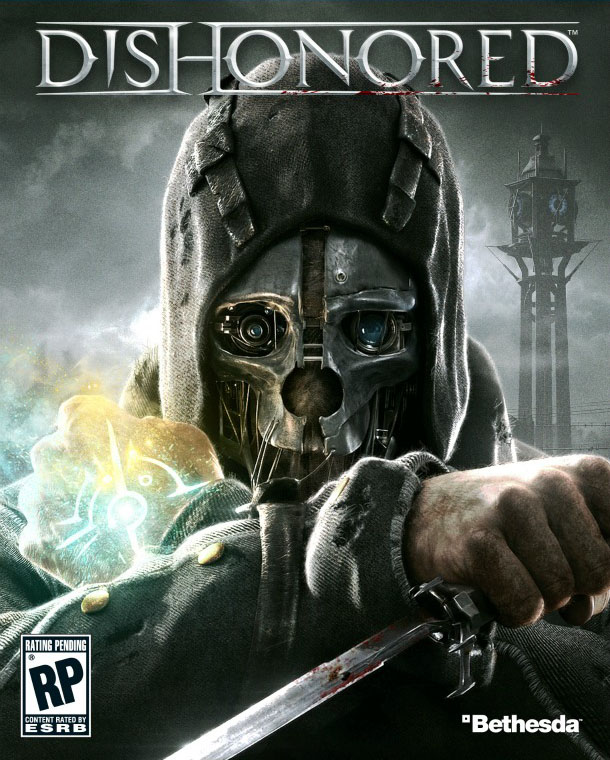 Media_market information about the seller and his items
offlineAsk a question

Released - 12.10.2012
Localization - English
Regional restrictions - for use on the territory of Russia, Ukraine and CIS countries


In Dishonored you will be reincarnated as a hitman, holding otherworldly forces.
Consumed with thoughts of revenge, he strikes fear in the dark streets Danuolla, marking his way with corpses of enemies.

At your disposal - a flexible combat system, the extraordinary ability and extensive arsenal of various devices.
In the world of Dishonored all depends on your actions and follow-up missions are determined by choices made during the game.

Events occur in Danuolle Dishonored - a huge industrial metropolis in the streets which are facing technology and mysticism.
The protagonist - the bodyguard of the Empress, accused of the murder of his client - the will of fate turns into a mysterious assassin, hiding the face under the mask.
From now on it a shadow on the streets, tortured plague, living in fear of the government, incomprehensible technology and otherworldly forces.
The truth is as dark as the water in the canals, ring compressive Danuoll.
And life will never be the same again

By purchasing a digital product, you agree to the terms of its purchase
remember that according to the rules this product is not returned and exchanged.
after the moment of transfer of the goods to the buyer, the seller is not responsible for it
Remember also that access to the provision of digital content and the provision of all services associated with any purchased product provides a Steam service
on all the issues you need to apply in support of steam
If you do not agree with these rules, please refrain from buying goods !!!!!!

INSTALLATION:
- Download and install Steam - http://steampowered.com/download/SteamInstall.msi
- Register a Steam account
- Go to the "Games" section and select "Activate via Steam"
- Enter the activation key
- After that the game will be displayed in the list