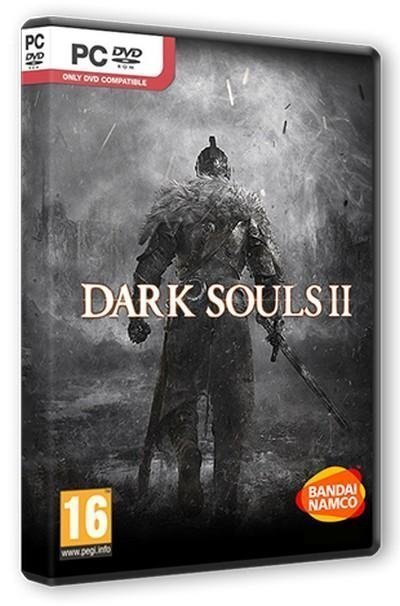 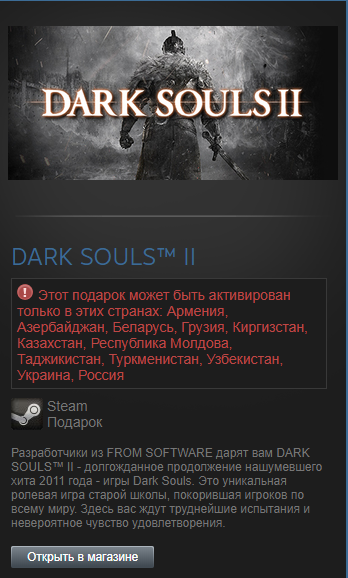 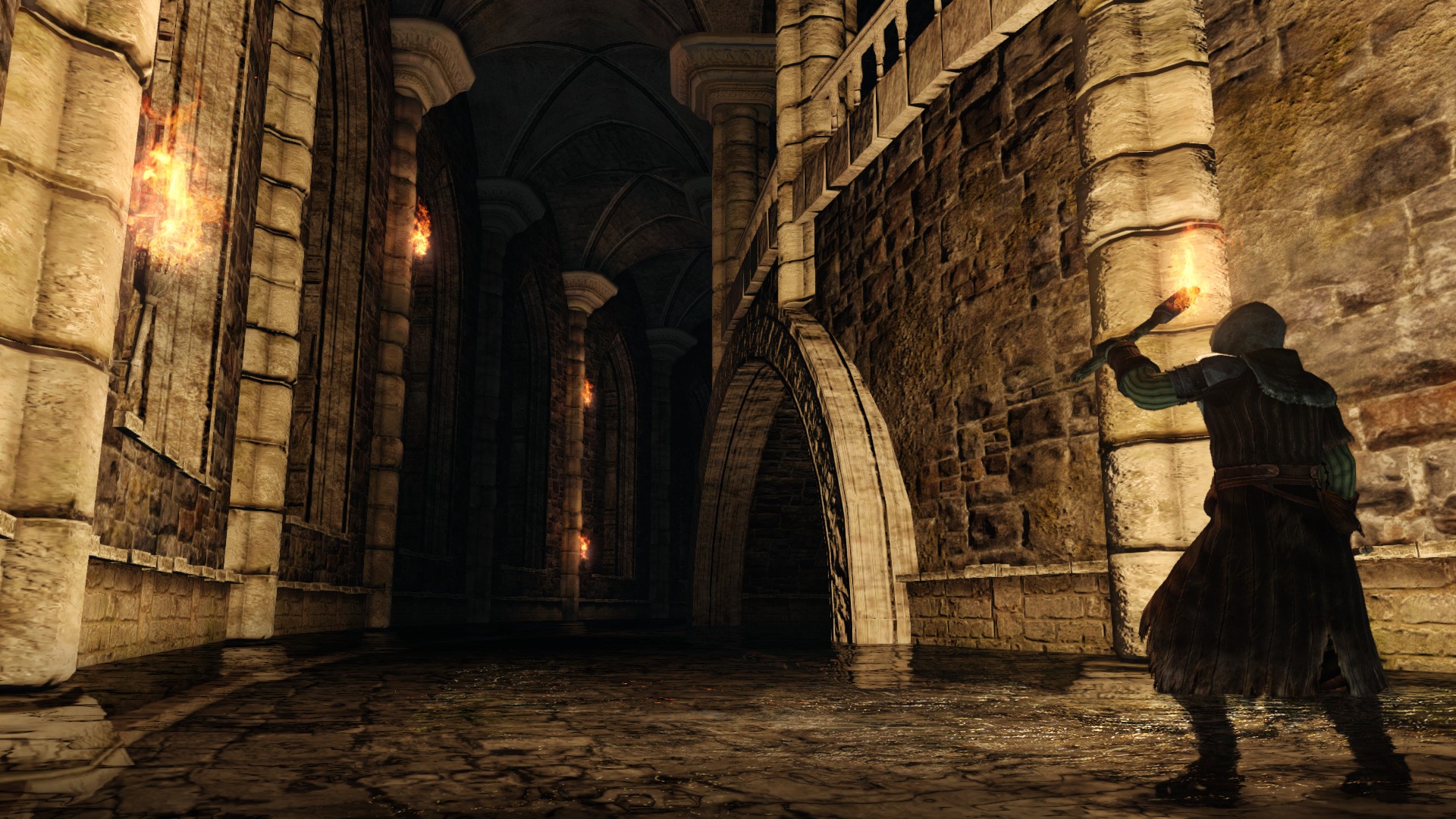 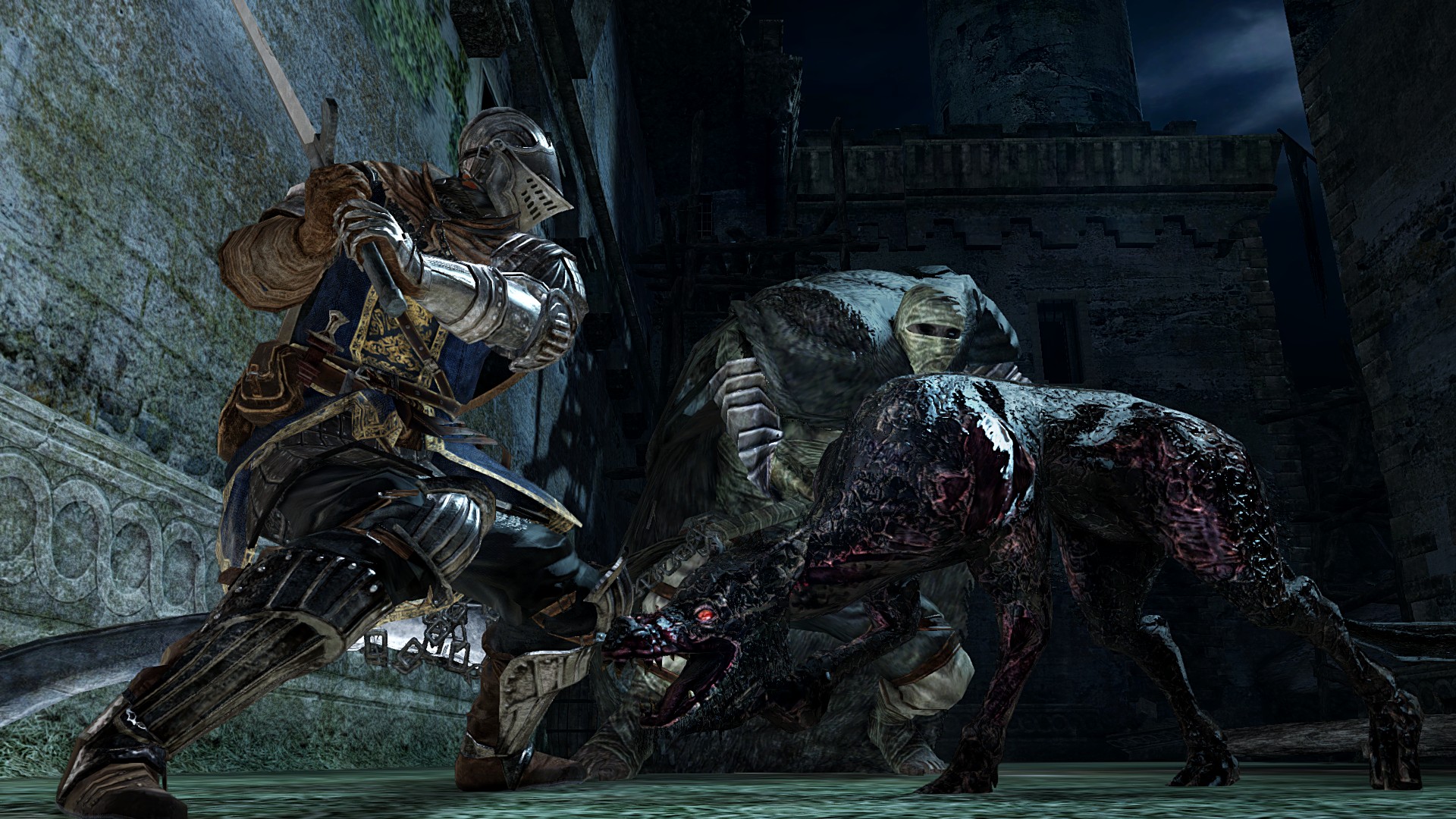 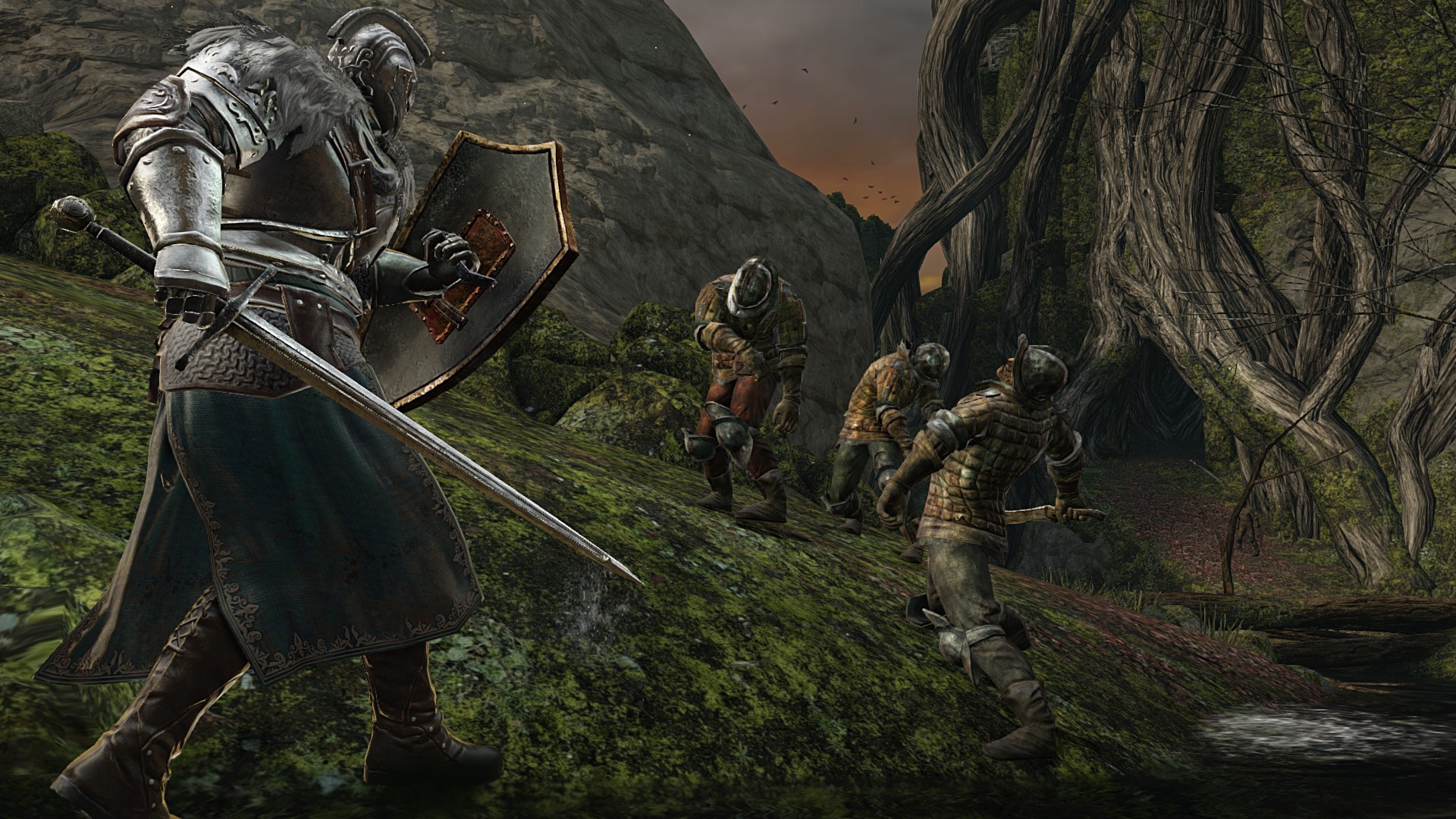 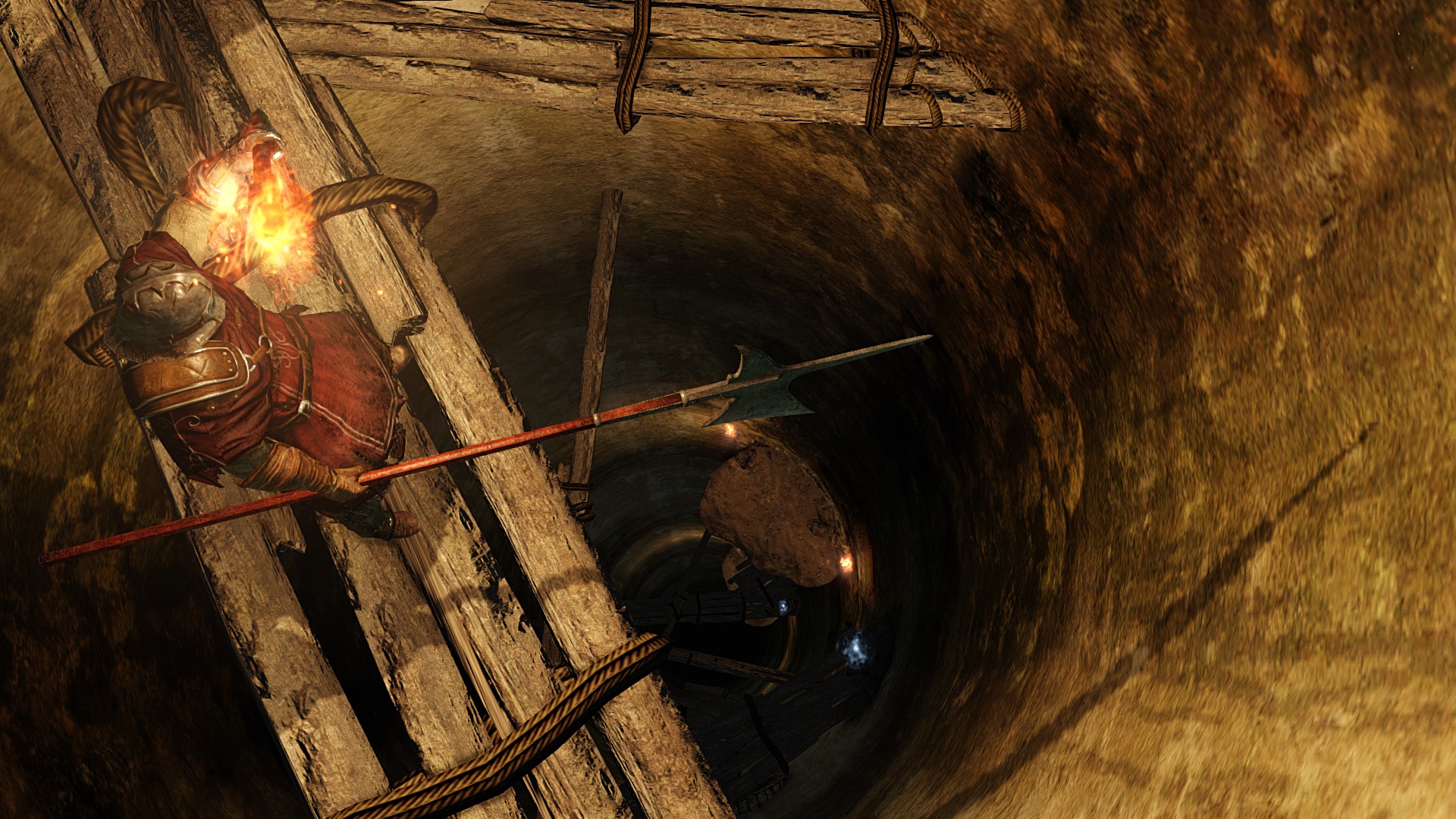 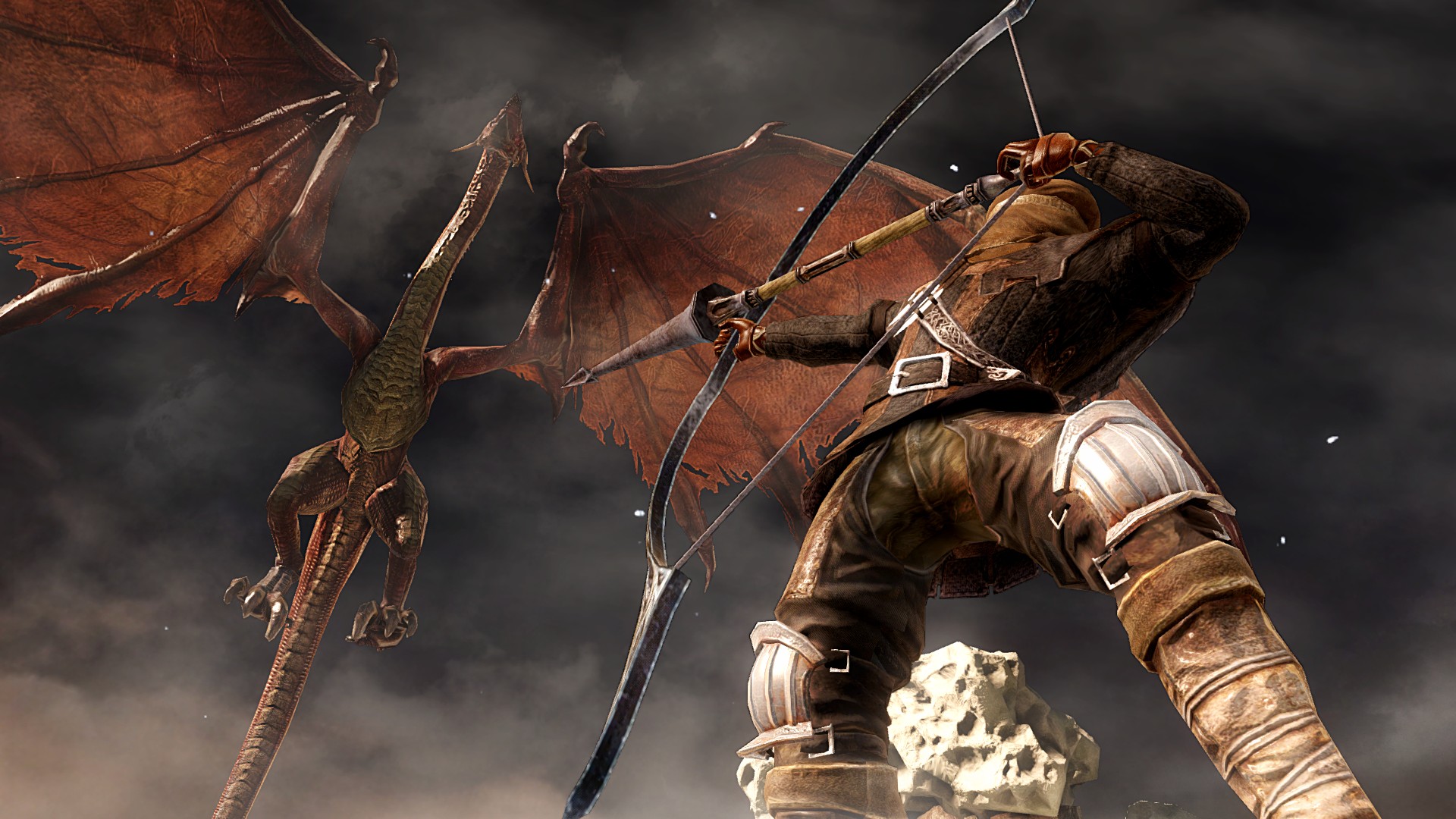 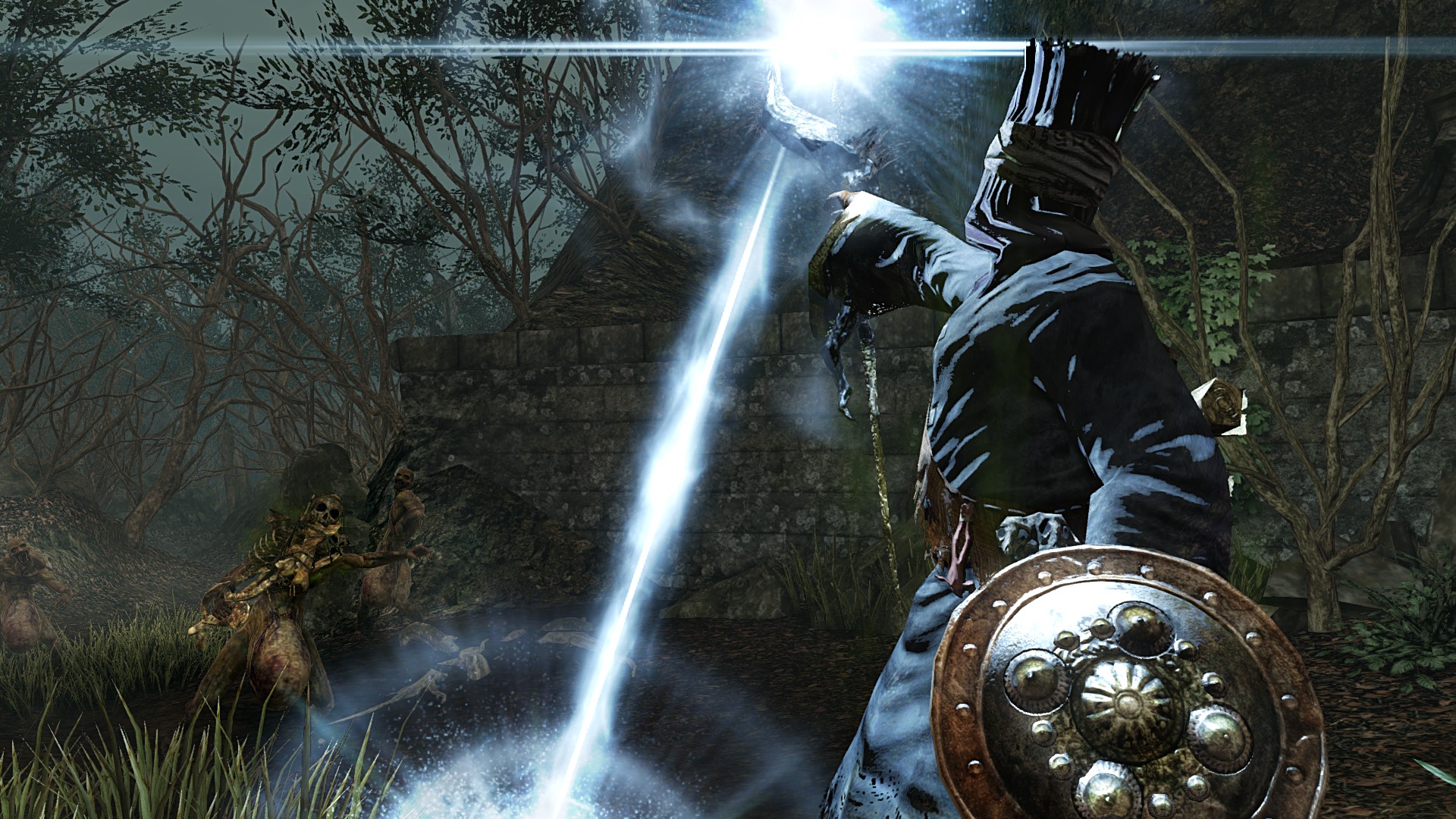 Uploaded: 20.08.2019
Content: text 73 symbols
Loyalty discount! If the total amount of your purchases from the seller Defik more than:
If you want to know your discount rate, please provide your email:

Defik information about the seller and his items
onlineAsk a question

IMMEDIATELY AFTER PAYMENT YOU GET STEAM GIFT TO ACTIVATE THE GAME IN STEAM !!!
This Gift can be activated in the following countries:
Armenia, Azerbaijan, Republic of Belarus, Georgia, Kyrgyzstan,
Kazakhstan, Republic of Moldova, Tajikistan, Turkmenistan,
Uzbekistan, Ukraine, Russia.

FROM SOFTWARE developers present you with DARK SOULS ™ II - the long-awaited continuation of the sensational hit of 2011 - Dark Souls games. This is a unique role-playing game of the old school, conquered players around the world. Here you will find the most difficult trials and an incredible sense of satisfaction.
DARK SOULS ™ II brings a traditionally high level of complexity to the series and innovative gameplay in both single-player and collective games.
Start your journey in which you will find invincible rivals, devilish traps and insurmountable dangers - all that you expect from FROM SOFTWARE.
Key Features
Death is not the end: immerse yourself in an exciting game in a huge world on a new engine with fundamentally new amazing graphics, sound and special effects.

Labyrinth of monsters and bosses: go to dizzying worlds filled with bizarre monsters and deadly bosses that only imagination of the developers of "From Software" could come up with

Farther and deeper: additional settings will allow you to change weapons and armor to the style of your game

Instruction for the activation of the STEAM coupling:

1. You must download and install Steam http://steampowered.com/about (if not already installed)
2. Register a new account on Steam or go to an existing one.
3. The link received after purchase, it is necessary to copy and paste into your Internet browser, log in under your Steam account and take the gift to your LIBRARY or add it to the INVENTORY.
4. After activation, the game appears in the list of games and you can download it from steam.
5. The installation process (download) takes about 15-45 minutes (depending on your Internet channel).